It has been a fantastic season for military bobsleigh athletes. This season saw 13 service personnel slide internationally competing in 2-man, 4-man and mono-bob disciplines for Great Britain, New Zealand and Jamaica. In no particular order I would like to recognise them and what an incredible achievement for all of these individuals:

We were exceptionally lucky to be able to hold the Inter Service Bobsleigh Championships in March, which concluded shortly before International Borders shut between Germany and Austria and we went into our UK National Lockdown. We held the Inter Service Championships at Konigsee, Germany for the second year running which allowed those who competed in March 2019 to build upon their track experience. Konigsee is a 1251 metre, highly challenging track consisting of 16 corners but everyone enjoys sliding there; it is nestled in the hillside above the village of Konigsee with spectacular mountain and lake views. The single Services spent the previous week training at Konigsee in preparation for the Inter Service Championships. The professionalism and spirit of the athletes always shines through and this year was no exception. 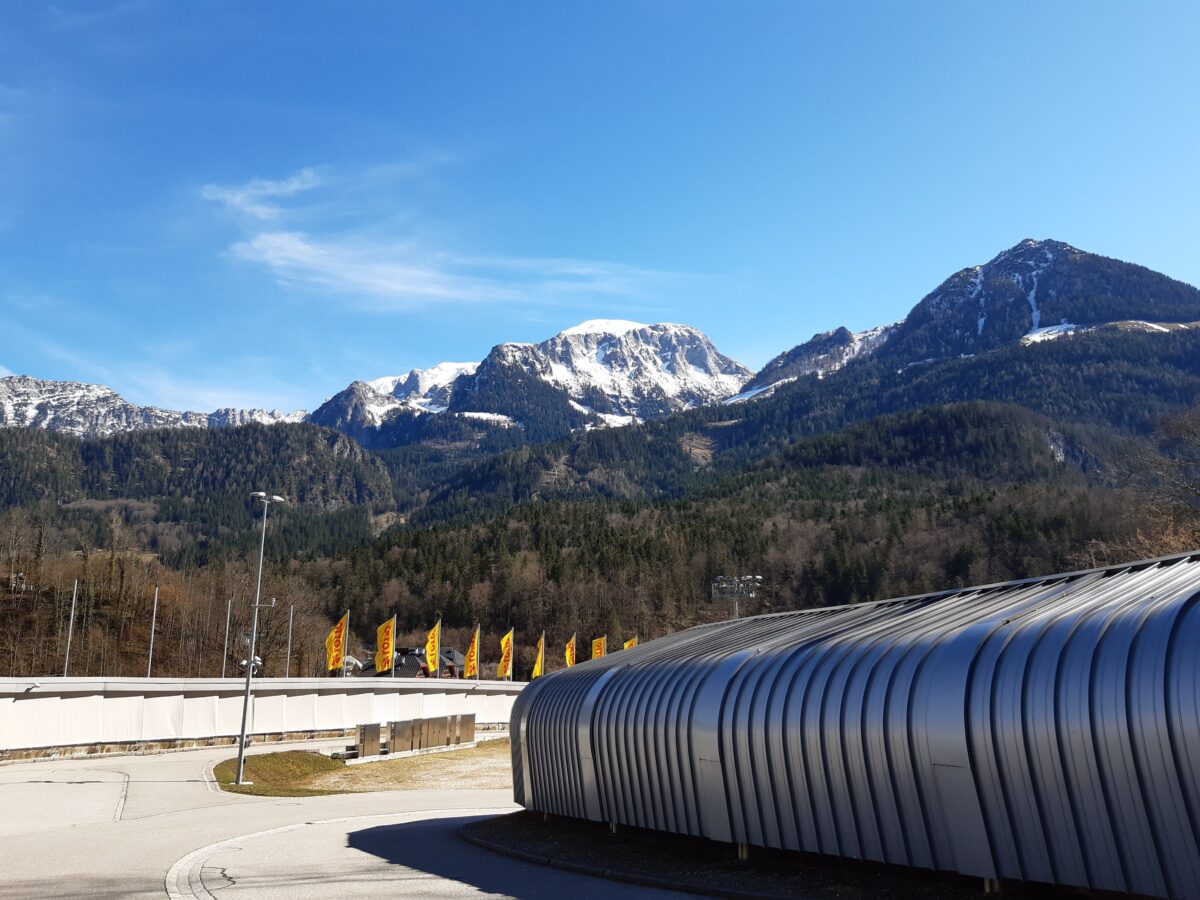 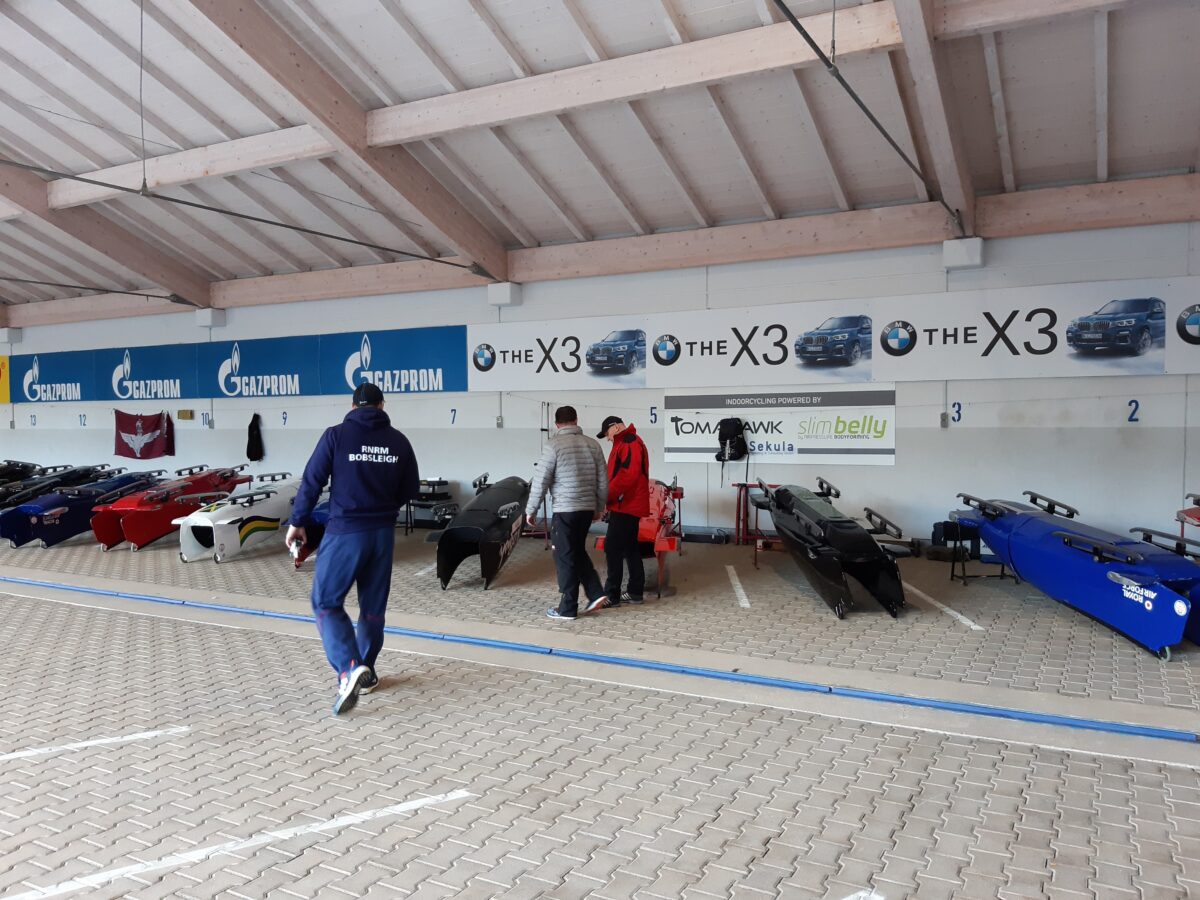 During the week we welcomed a number of VIPs to the event which considerably boosted the morale of the sliders as we bobsleighers are a sociable lot and we absolutely relish hosting visitors and sharing our love of bobsleigh. A huge thank you to Lieutenant General Lorimer, Major General Cole, Air Commodore La Forte and Lieutenant Colonel (Retd) Steve Davis for visiting the Championships.

As the Konigsee track is such a challenging track, it was agreed that this year there would be two full rest days in between the single Service training and the Championships. Training therefore commenced on Monday 9 March with 2 runs per day for each bobsleigh team. The race draw took place after sliding on Wednesday 11 March and was held in the Bobsleigh finish house. Major General Cole and Graham Richardson very kindly conducted the bobsleigh draw. The format of the Inter Service Bobsleigh Race follows the format of the World Championship and Olympic races where the race is conducted over 2 days with 2 runs per day. The first run on day one is as per the race draw with the second run reversed on time (slowest to fastest). The first run on the second day is the reverse of the race draw and then the final run is reversed on time (slowest to fastest) – this results in a nail biting final run and is a great spectator sport.

The ladies race was full of drama with two sleds crashing during the race, one in the first run and another in the third run. Thankfully both crews were ok. There were 6 female crews entered into the race (3 Army, 2 RAF and 1 RN) so all teams were able to compete for the individual trophy. From the outset LCT Bex Andrews with her brakewoman LPT Mel Haslam took control of the race and after the first run they were 1.35 secs ahead of their nearest rival (the RAF1 team of Fg Offr Rachel Herod and Cpl Megan Walsh). After the second run the Army1 team (Capt Sarah Smith and SSgt Zoe Beckett) moved into second place and maintained this position for the rest of the race. Unfortunately, the 2 crashes were the Army 2 and Army 3 sleds and as their bobsleighs did not cross the finish line and register a time, this meant that the Army were out of contention for the Team trophy. This just reinforced the challenging nature of the track. 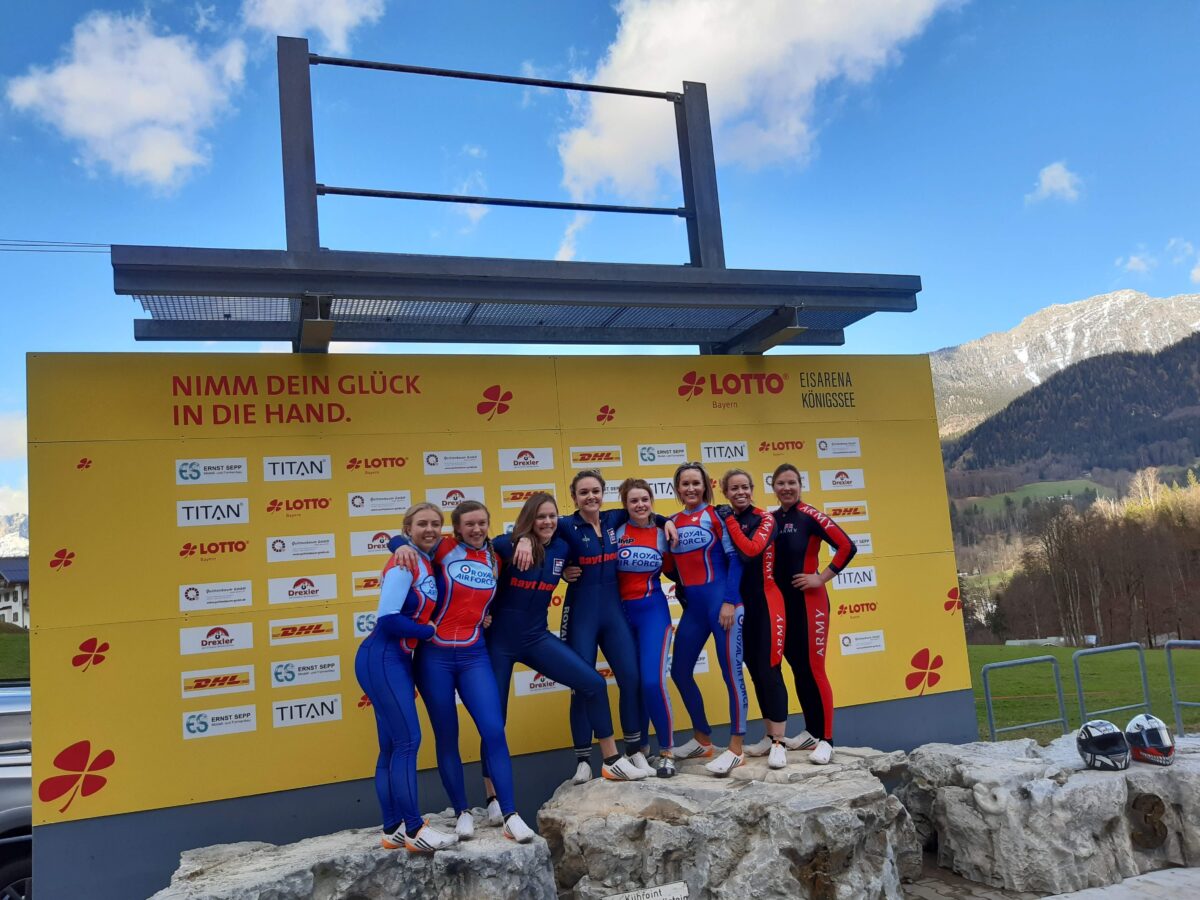 The men’s race was just as thrilling. There were 11 sleds in the race (3 RN/RM, 4 Army & 4 RAF). At the end of the first run, Sgt Adam Baird and Mne Taylor Lawrence (RN1) were in the lead, 0.55 sec ahead of the Army1 sled piloted by LSgt Lamin Deen. At the end of the second run, the RN1 sled still maintained the lead but it was LSgt Lamin Deen and Pte Oli Butterworth who had the fastest time in the second run. It was during the third run that Deen/Butterworth moved into the lead; they were 0.43 seconds faster than Baird/Lawrence which resulted in a gap between first and second place of 1/100 second. The fourth and final run was nail-biting. The Army1 sled had the fastest downtime and LCpl Shanwayne Stephens and Sgt James Benson (RAF1) had the second fastest time. The RN1 sled was fourth fastest in this run. This final run resulted in LSgt Deen/Pte Butterworth taking the lead, 0.84 seconds ahead of Sgt Baird/Mne Lawrence with a 0.1 second lead over the third place bob of LCpl Stephens/Sgt Benson. Unfortunately, there were two crashes in the final run, both of them Army sleds which resulted in the Army being excluded from the Team event. No matter how experienced you are piloting the bob, a crash can happen at any time and sadly for the Army this happened on race day; such is the nature of bobsleigh.

Attention must be drawn to the fact that there were a total of six novice drivers (competing in their first Inter Services in the front seat of the bob) at the Inter Services this year which is an astounding number considering the challenging conditions of the Konigsee track.