2022 has been a challenging season for the services after a year’s gap due to COVID and the inevitable skill-fade. The services numbers, however, were still strong, with an excellent number of beginners from all three services. The move of the Army Novices’ week to before Top Opening enabled the Army to bring more beginners without impacting the other services’ riding, and enabling wider grass roots participation with twenty novices of all ranks. We had some competitive racing on Inter-Services Day, with the Army taking the Prince Philip Trophy for the third year running. 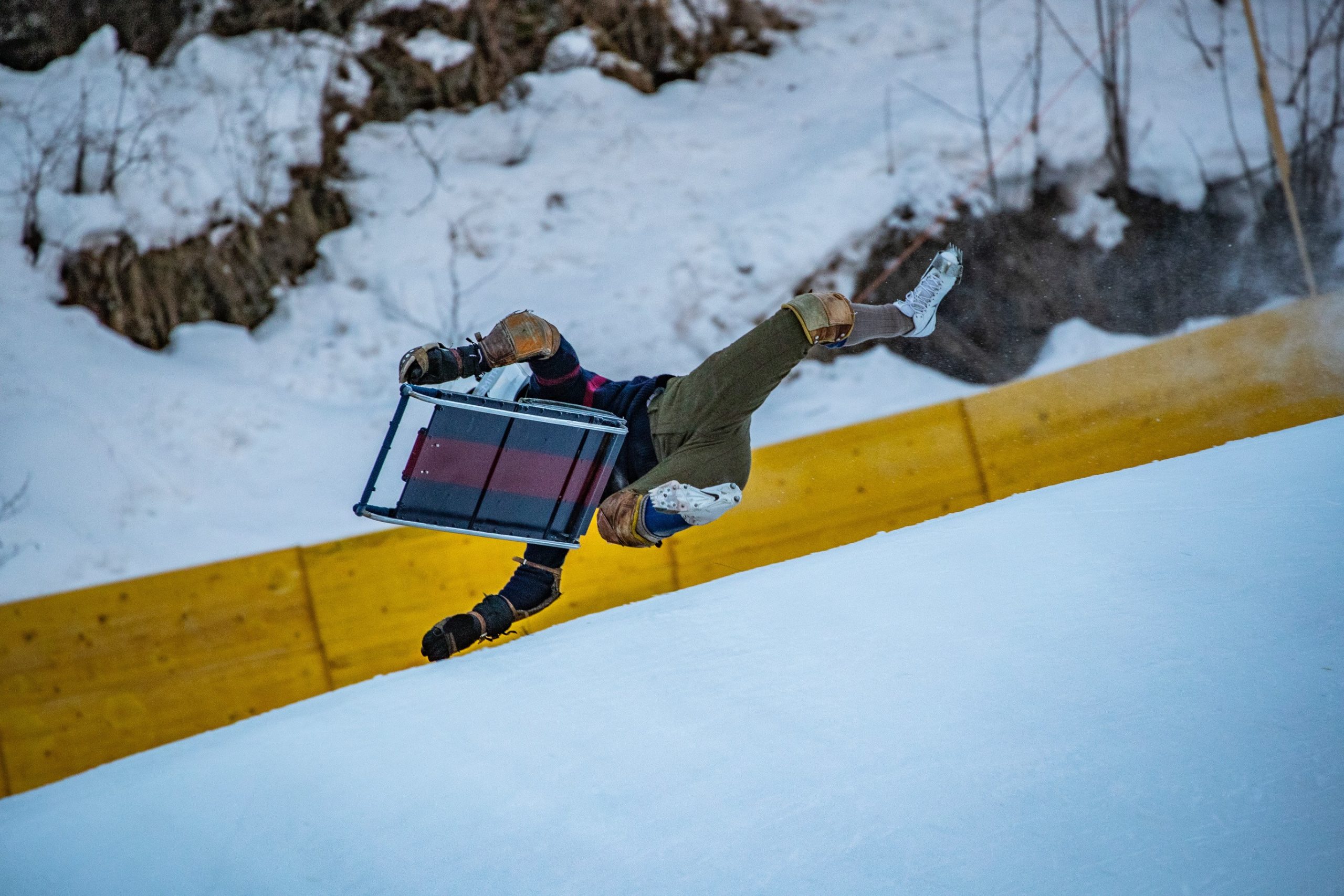 Snowy conditions on race day meant that the run was more forgiving than normal, but challenging for the faster riders to get their best times. There were a number of surprising results, with normally fast riders being overtaken by others due to catching a snowdrift in the run or loss of visibility due to snow on visors. Major Tom Wythe won the Lord Trenchard (individual race) with three incredibly impressive rides, given both the conditions and the fact that he had only escaped from Staff College for a few days. He also won the Auty Speed Cup for the third year running with the fastest time of the race, with a time of 55.42. He was followed in the individual competition by Flight Sergeant Barnes of the RAF in second place and Capt George Packe-Drury-Lowe of the RAMC in third. 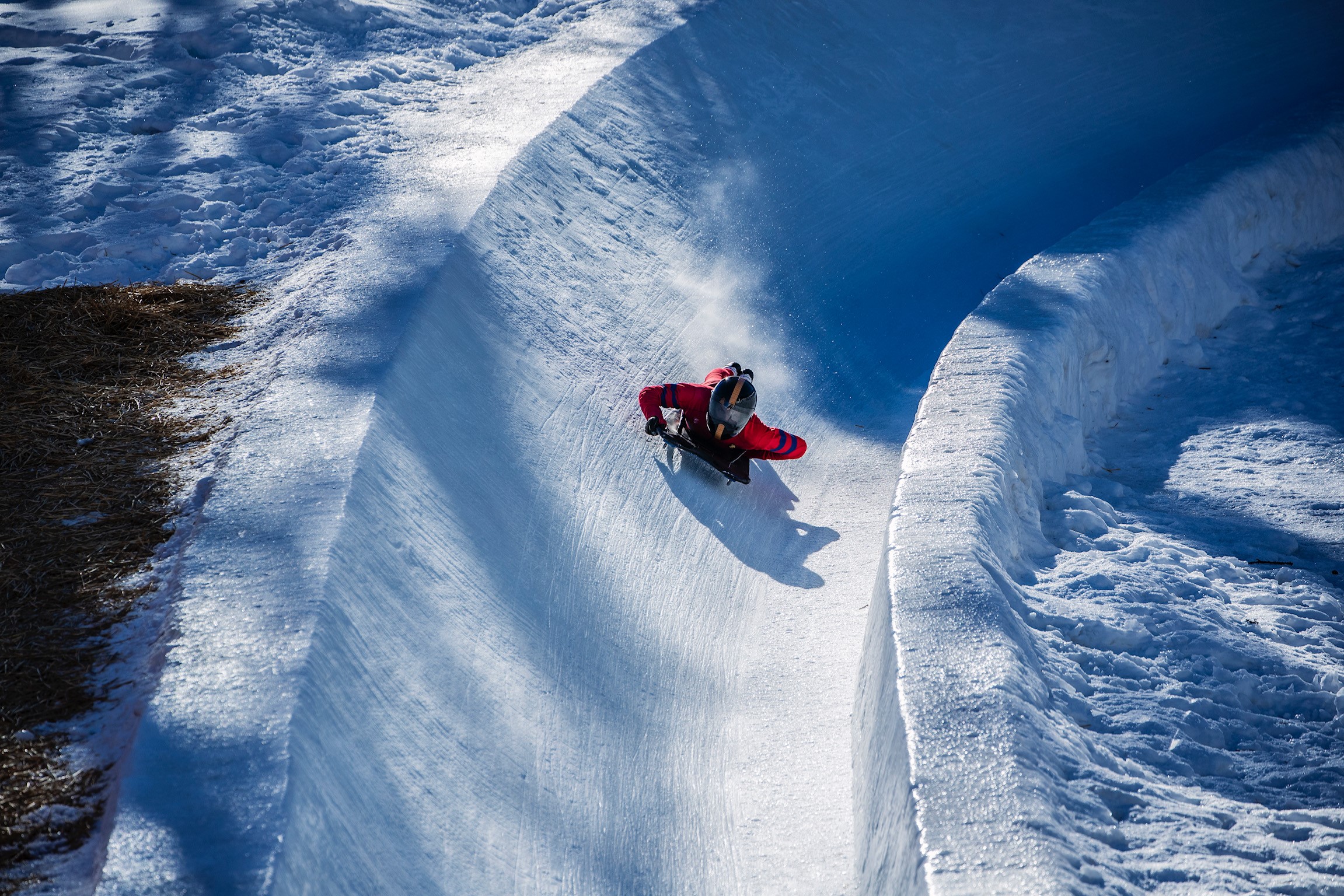 It has been a great season for these two ‘up and coming’ riders, with FS Barnes having ridden very well all season, giving more seasoned riders a cause for concern, and Capt Packe-Drury-Lowe winning his club colours a couple of days later, bringing the number of serving Services Colours Riders to four – which is an impressive achievement. The Army took first place in the team competition followed by the Navy team and the RAF, in the end with less than three seconds between the first and last teams over the three courses – the closest race in years.

Services Ladies riding continues to go from strength to strength with a couple more ladies qualifying for Top this year and converting to Flat Top toboggans. The Services’ Ladies race was also heavily affected by snowy conditions, even more so than the Top races as it fell later in the morning, as is reflected in the differences in timings. The Services Ladies’ Race was won by Sqn Ldr Maddie Smith RAF with a 9 second lead over her fellow riders. 2Lt Kinny Evans (Army) was second with PO Sarah Belcher (RN) in third place. All three of these have now ridden from Top but due to the snowy conditions were riding 10-15 seconds slower than their normal junction times. The overall team standings were very close, with less than six seconds between the three Services. Sqn Ldr Smith qualified for Top this year as well, which means we now have 4 services ladies who have qualified to ride from Top in the last couple of years. The challenge, however, remains the continuity of riders. 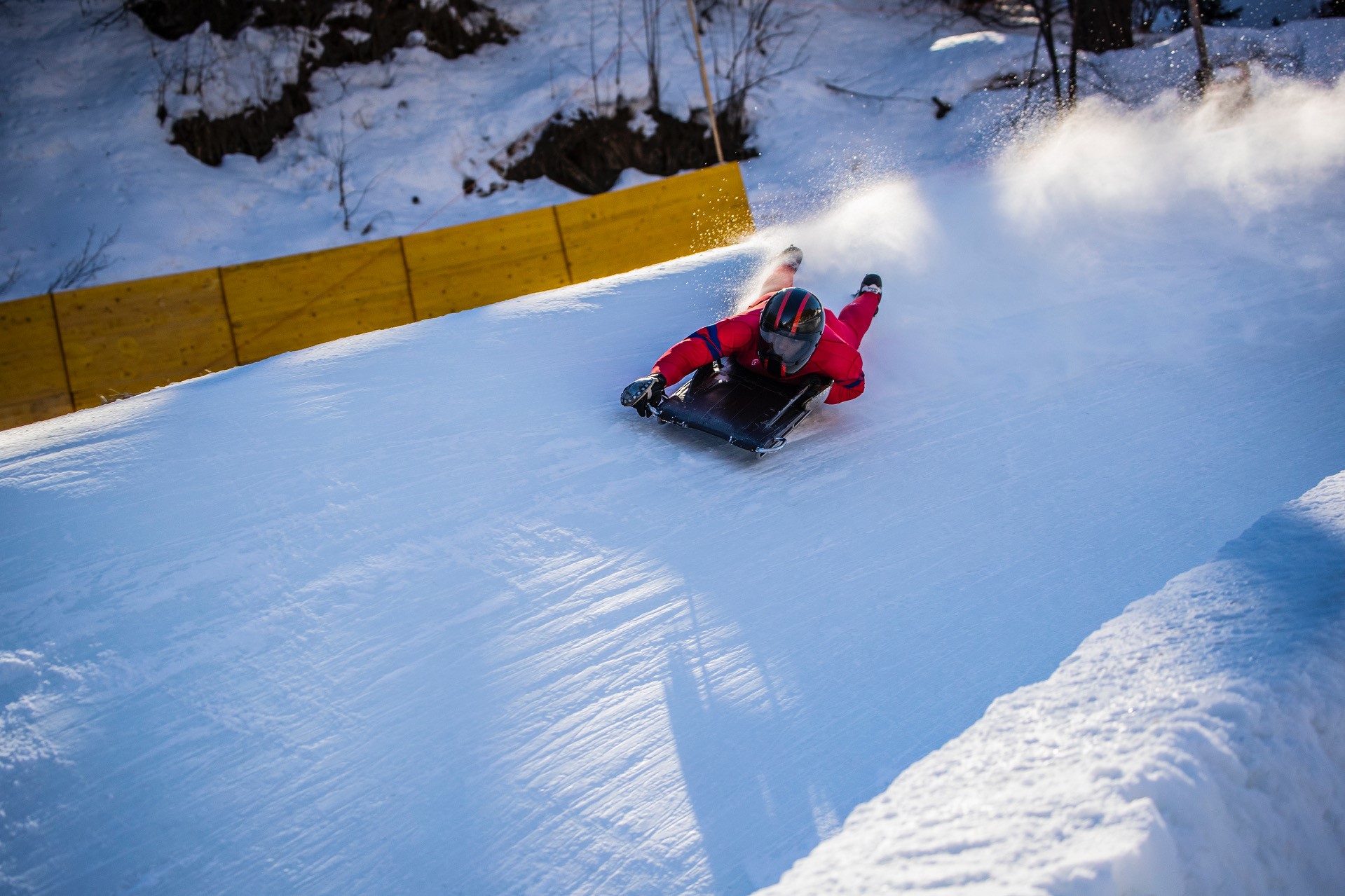 The 2020/21 season was Cresta’s first year as a Category 2 Sport, which is a considerable help to the sport and is starting to help bring parity to the personal contributions of participants in Cresta and other ice sports. Due to the lack of a season last year due to COVID, this season has been the first in which we have been able to make the most of this new funding stream. We remain hugely grateful to the chairman and trustees of the UKAFWSA for their support in this long-running campaign, as well as the St Moritz Tobogganing Club for the leaps forward it has taken in the last few years.

It has been a highly competitive season in all races on the Cresta, and only a shame that the race day itself was marred by poor conditions; we will hope for hard and fast ice next season after two seasons of snowy inter-services races. I must pass on our thanks to all of the Services’ very generous sponsors, for their continued support.

We look forward to a strong season next year and to see increased participation on the Run. 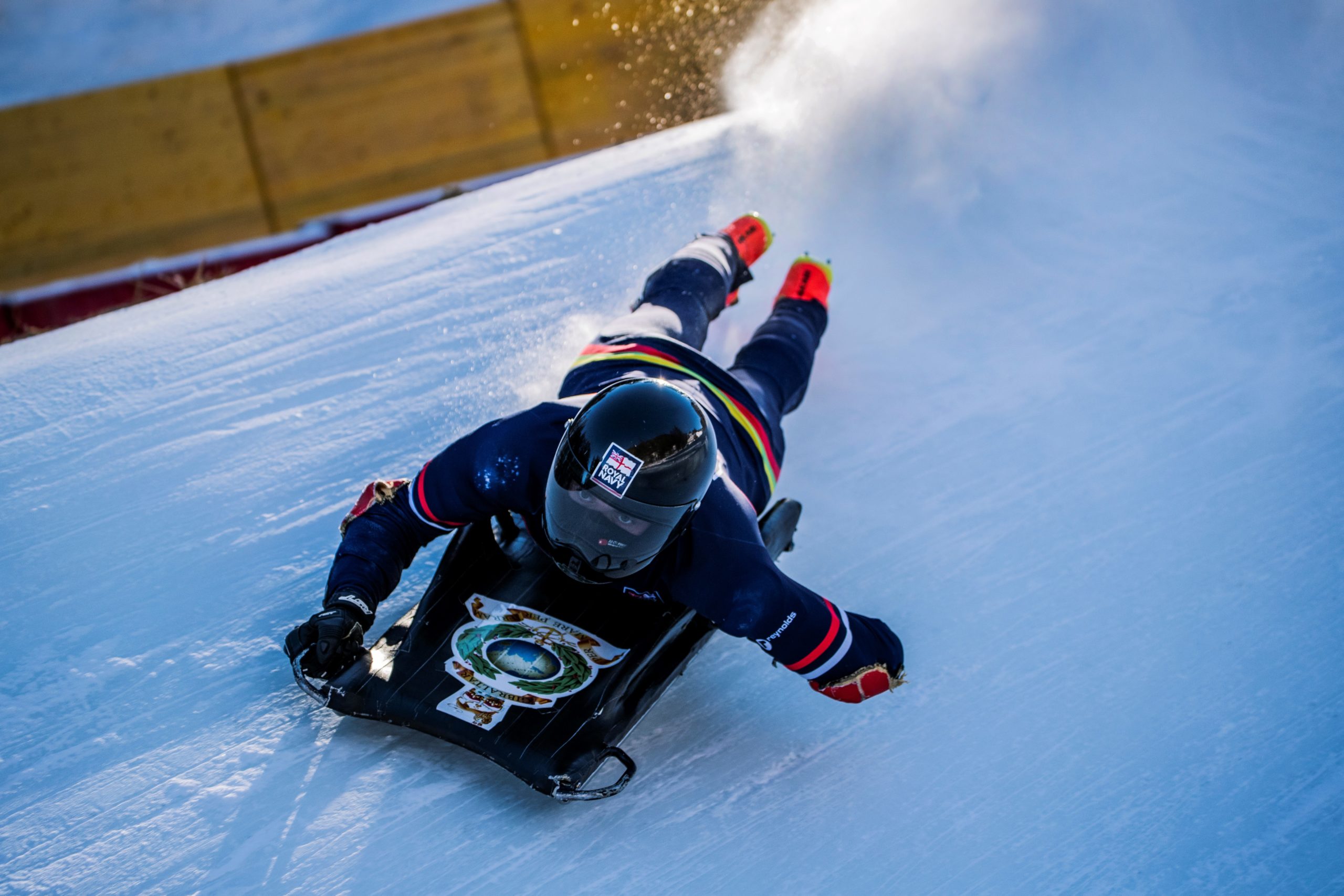 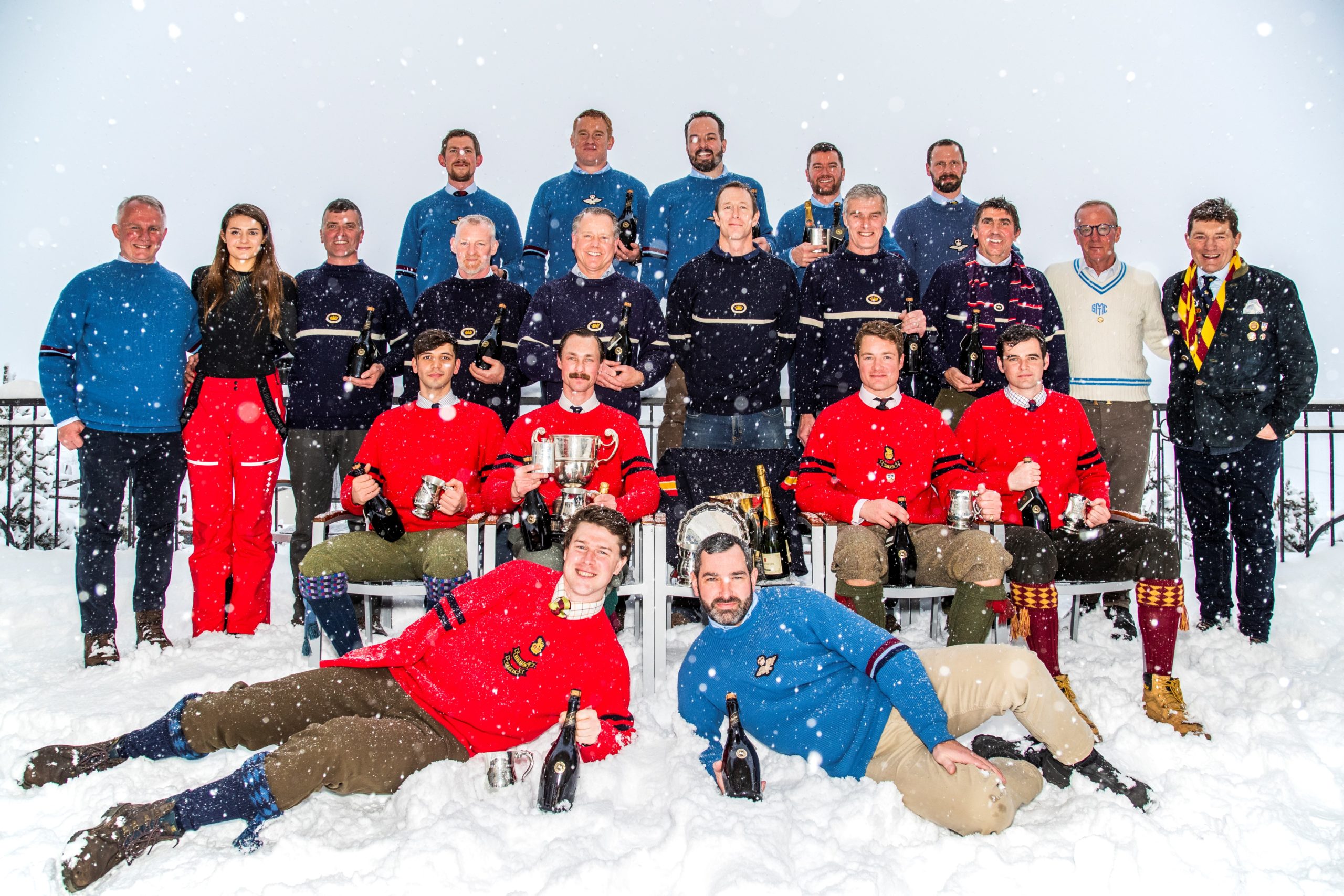