Despite the implications created by COVID-19, the 2021/22 season still saw several units and individuals seize periods on snow and they certainly made the most of the opportunity! In November and December, the teams ventured to the snow-covered countries of Sweden and Norway and they dived straight into the training. For those individuals with experience, they quickly re-discovered their ski legs whilst those new to the sport of Nordic and biathlon approached the experience with some dogged determination. 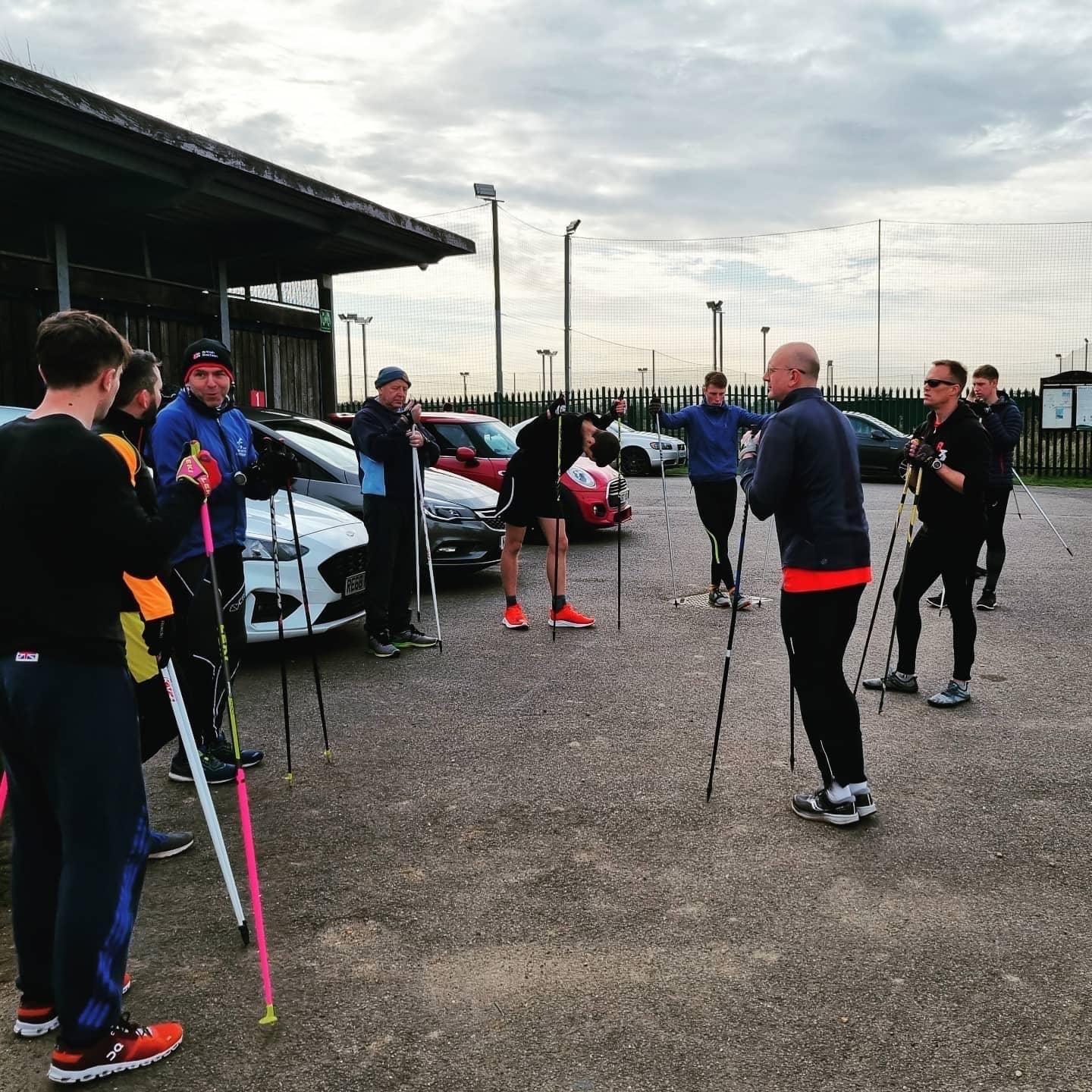 Before the snow season commenced, various rollerski training camps were delivered across the United Kingdom. The Royal Air Force conducted a successful Nordic pre-season training camp in November at Redbridge Cycling Centre, London, for all abilities to kick-start their training before the snow. They had access to a closed loop track for rollerskiing and laser rifle to learn shooting with a high pulse!

Unfortunately, the COVID travel implications scuppered their on-snow exercise plans and new plans were made. The cancellations did not stop a few determined individuals who used their leave to attend cross-country races in Europe with some very successful results. These included the König Ludwig Lauf race in Germany and the prestigious Birkebeinerrennet in Norway.

The RAF team later travelled to Finland in April to conduct the RAF Nordic cross-country championships where they finished the season by competing in the coveted long-distance Yllas-Levi race, as part of the VISMA Ski Classics marathon calendar. 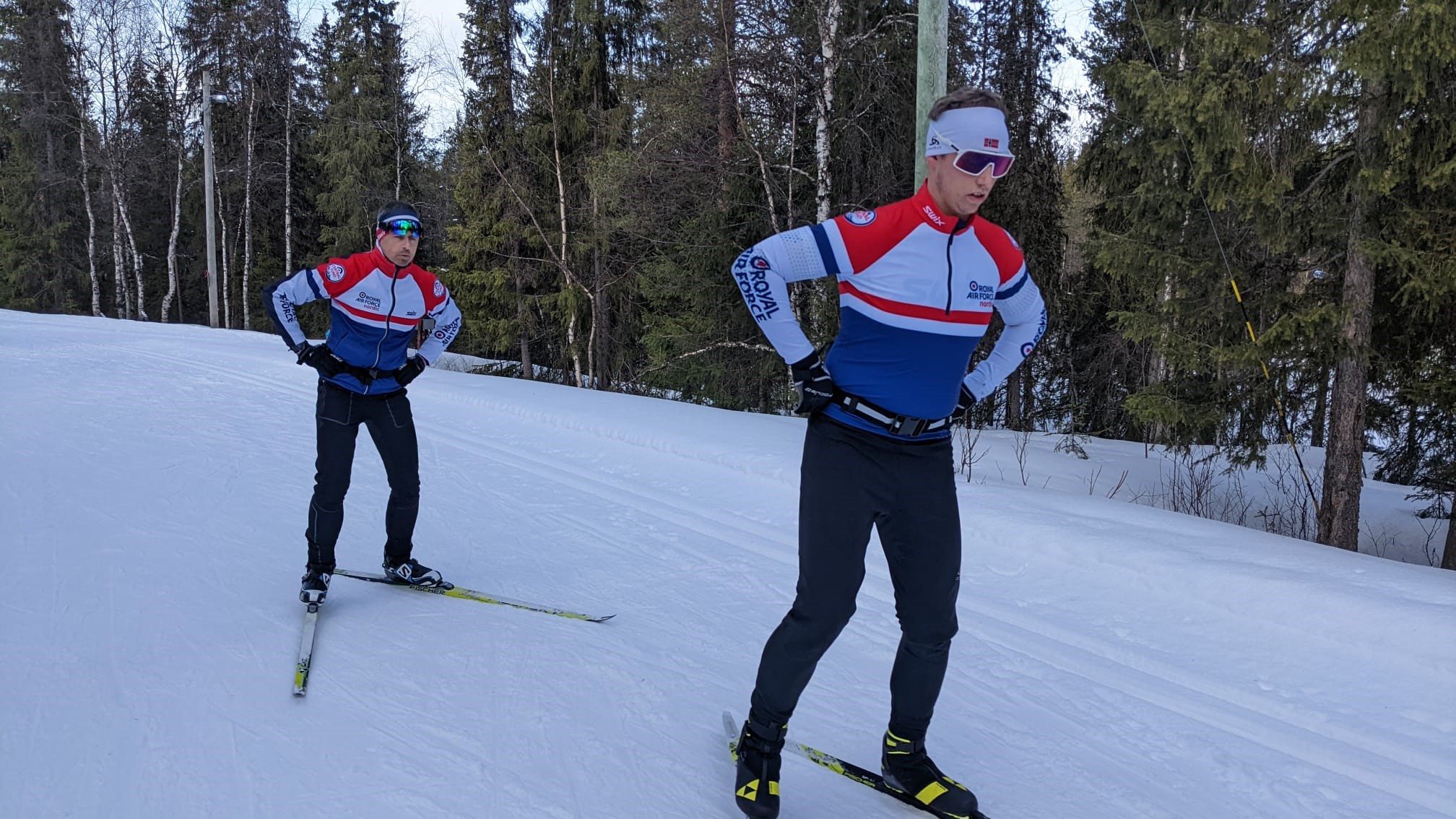 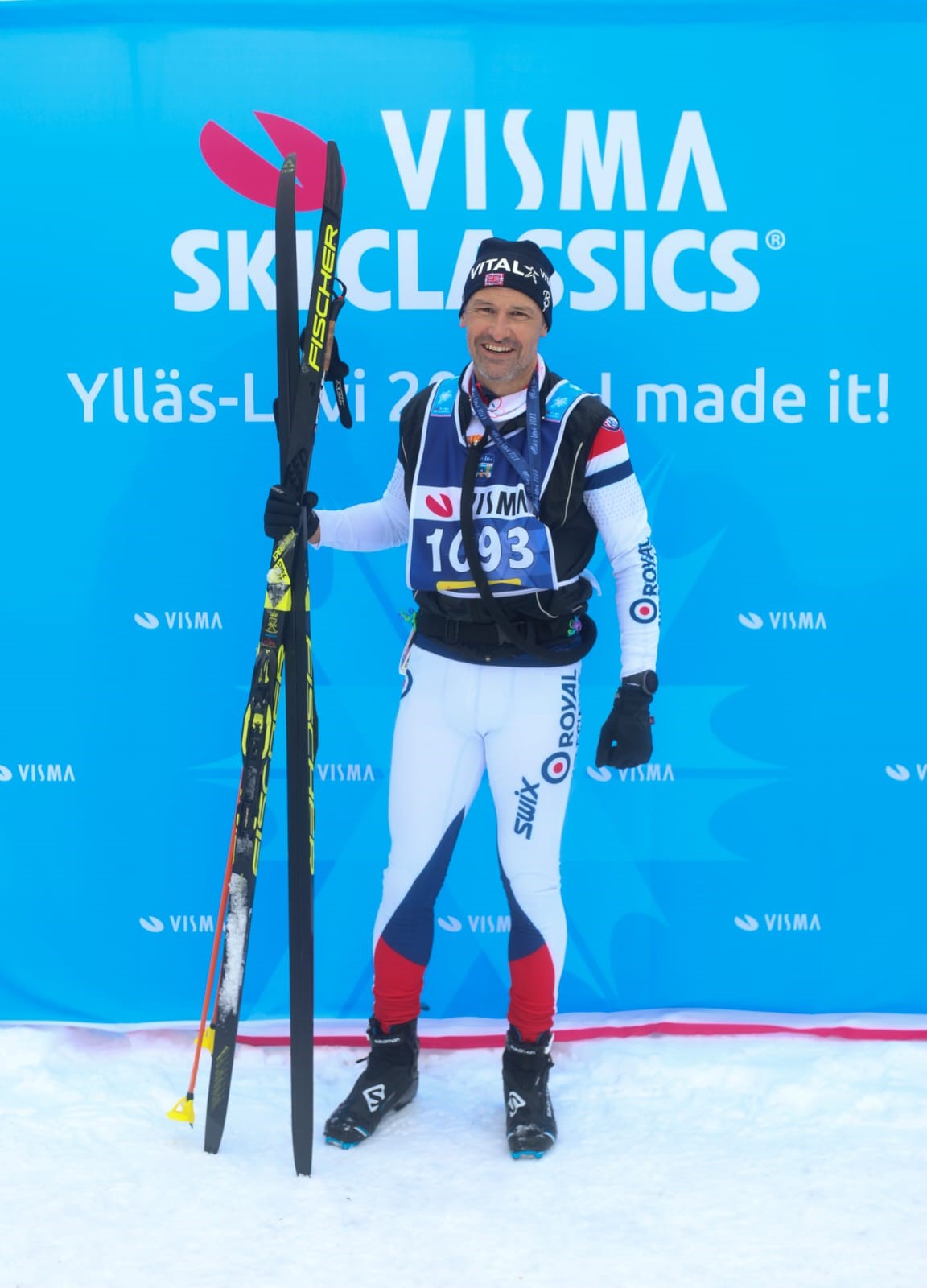 In September 2021, the Royal Navy and Royal Marine Nordic team commenced training in Kinloss, Scotland to develop their roller-skiing and shooting skills. Access to a range with metal biathlon targets creates a fantastic experience for the students and they developed their technique and accuracy brilliantly. The RNRM team continued their training at the world-class Ridnaun biathlon stadium in Italy in January. Olympian Lee Steve Jackson joined their coaching team to provide fantastic expertise and guidance to set the team up for success in the 2022/23 season.

On the Army side, the Infantry conducted a pre-season preparation and training camp in November in Pirbright. The experienced individuals and coaches, under the guidance of head coach and ex-World Cup athlete Scott Dixon shared their expertise on shooting, ski waxing before departing for Idre Fjall, Sweden. The Infantry had an incredibly successful camp in Sweden where they worked hard to push themselves physically and mentally every day in temperatures as low as – 23 degrees Celsius. 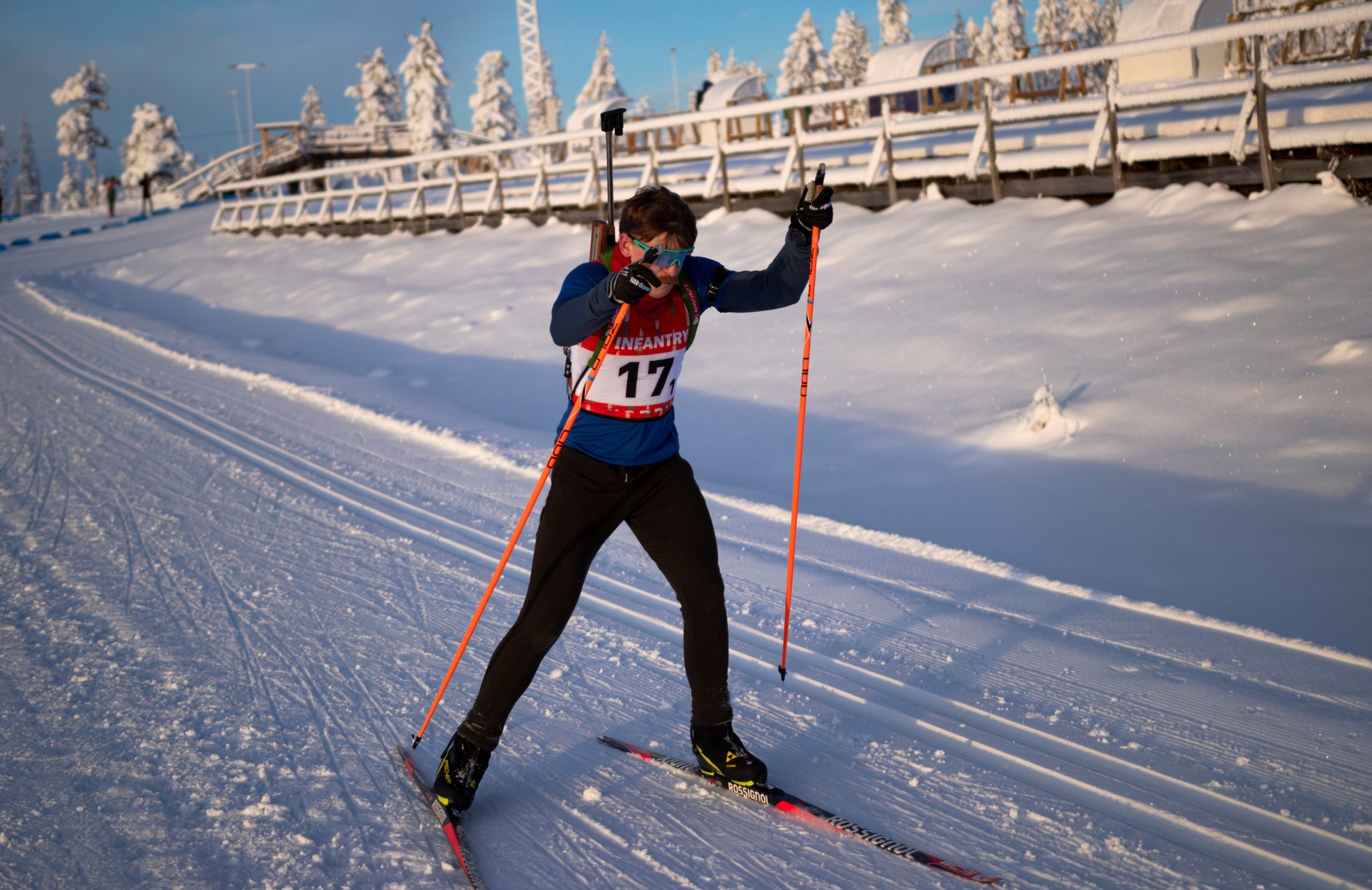 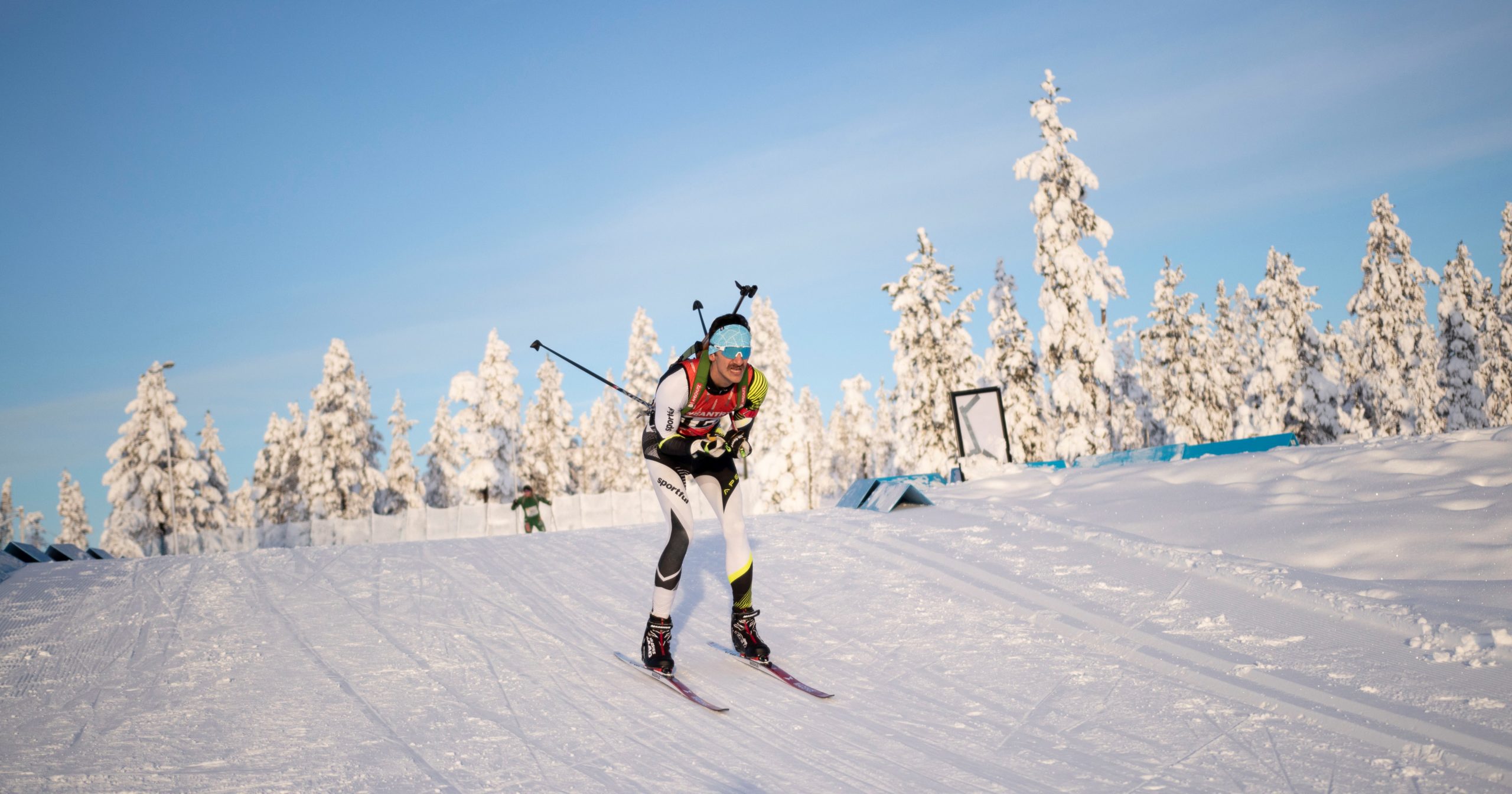 Several Corps from the British Army deployed to the Innlandet region of Norway near the Olympic town of Lillehamer to conduct their Corps training camps. The teams made the long journey by road and ferry from the UK to Norway via France, Belgium, the Netherlands and Germany. Snow conditions were unfortunately not as idyllic as the 2019/20 season but a select number of tracks were still open and the ranges were quickly swarmed by determined soldiers who were keen to learn. Their coaching teams included ex high level athletes from Norway who were left impressed with the soldiers’ dedication to learn cross country and biathlon. 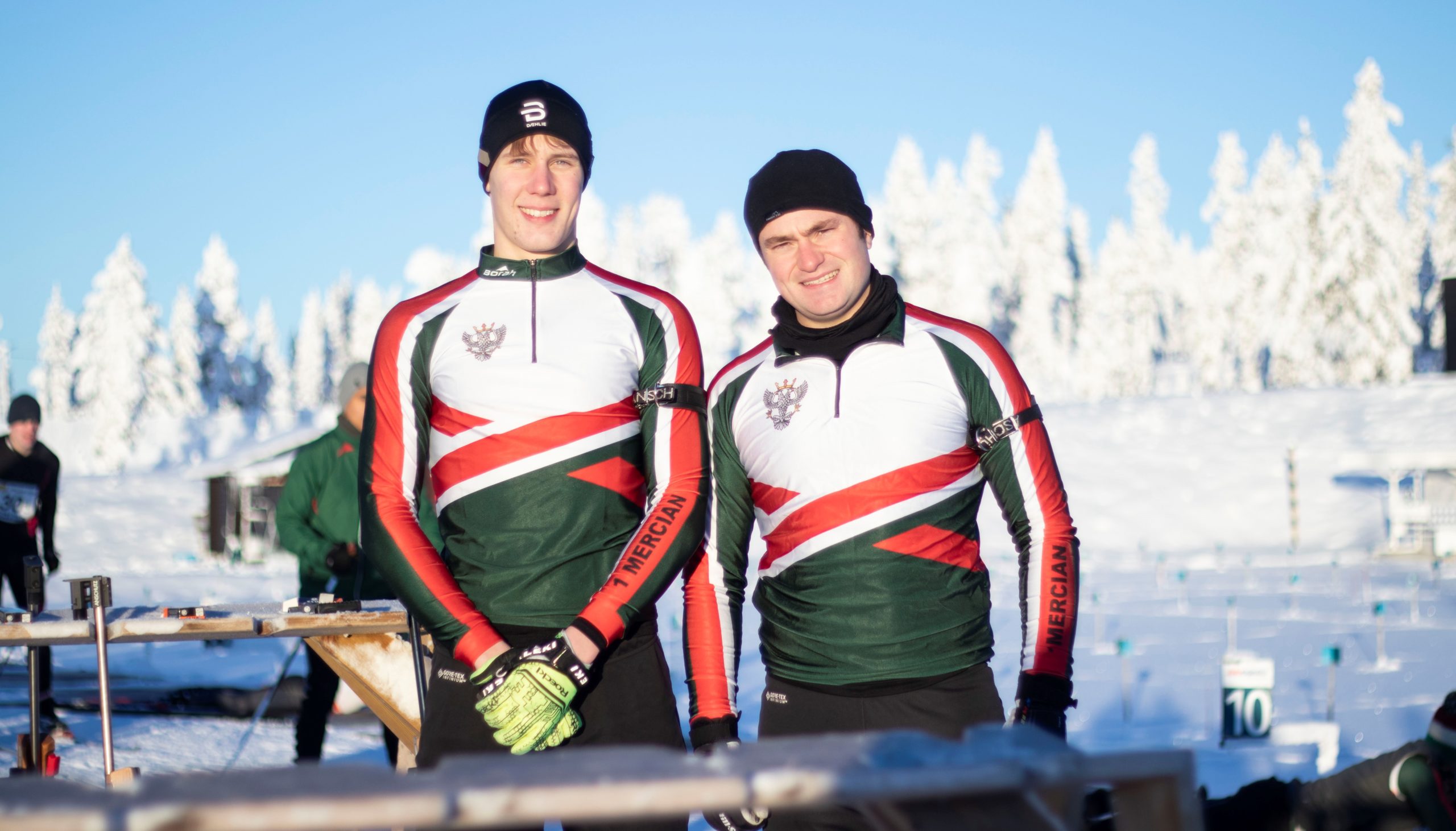 Throughout the 2021/22 winter season, 5 military biathletes represented the British Army and Great Britain in an array of international competitions across the world. Facing a second season with COVID restrictions, they were determined to not let the pandemic hinder races that they had spent the summer preparing for.

Throughout the summer, Sgt Amanda Lightfoot (AGC) and Bombardier Vincent Fountain (RA) trained abroad in Germany with the GB Elite Squad making the most of the Alps and biathlon facilities. Ruhpolding is a fantastic location where they were able to train with other national teams, especially the Japanese, who became very close friends. 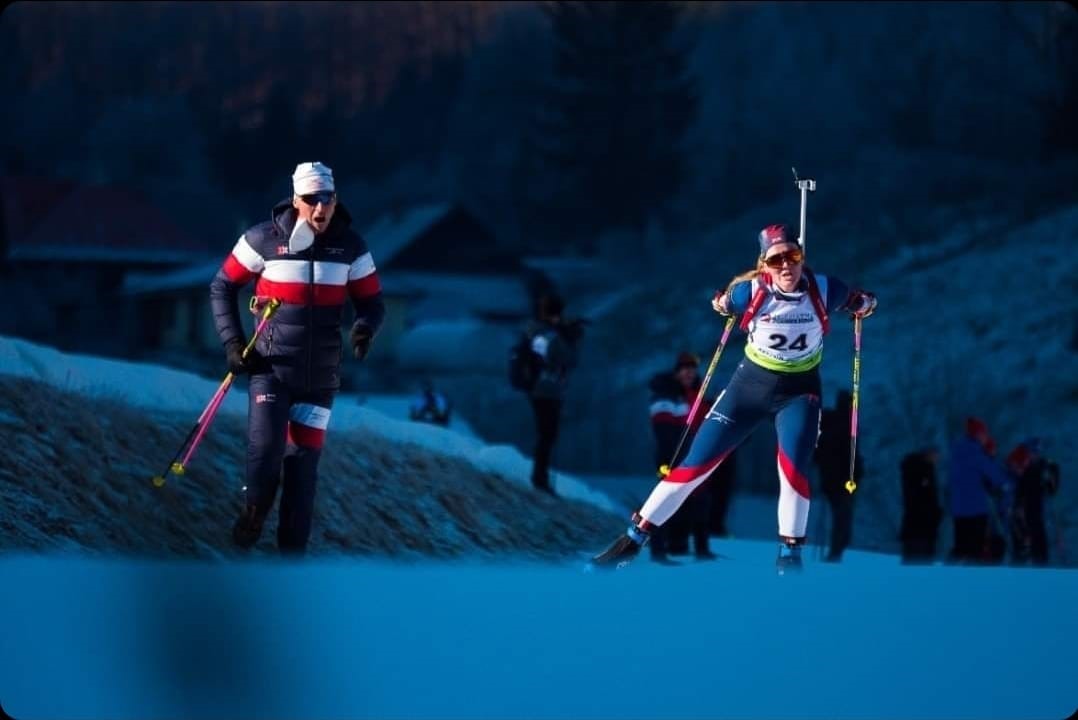 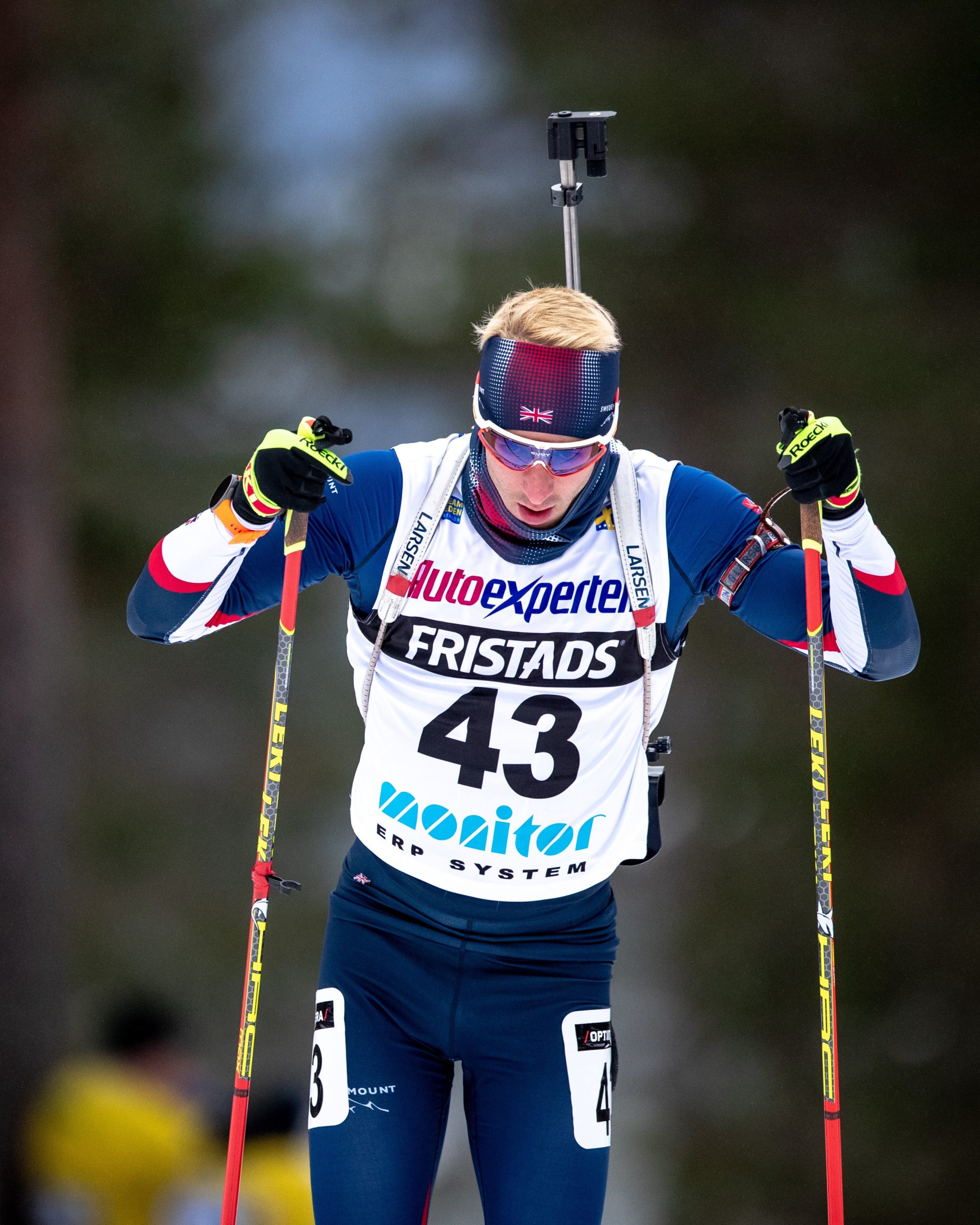 Meanwhile in the UK, Lt Marcus Webb RHA, LBdr Ciara Mitchell (RA) and Pte Alfie Sprake (RLC) trained with the Junior and National Development squads at a variety of locations. Until COVID-19 allowed them to train abroad, they made the most of the facilities they could get their hands on which included rifle ranges in Bicester, mountain bike trails in South Wales and cycling circuits for roller skiing. 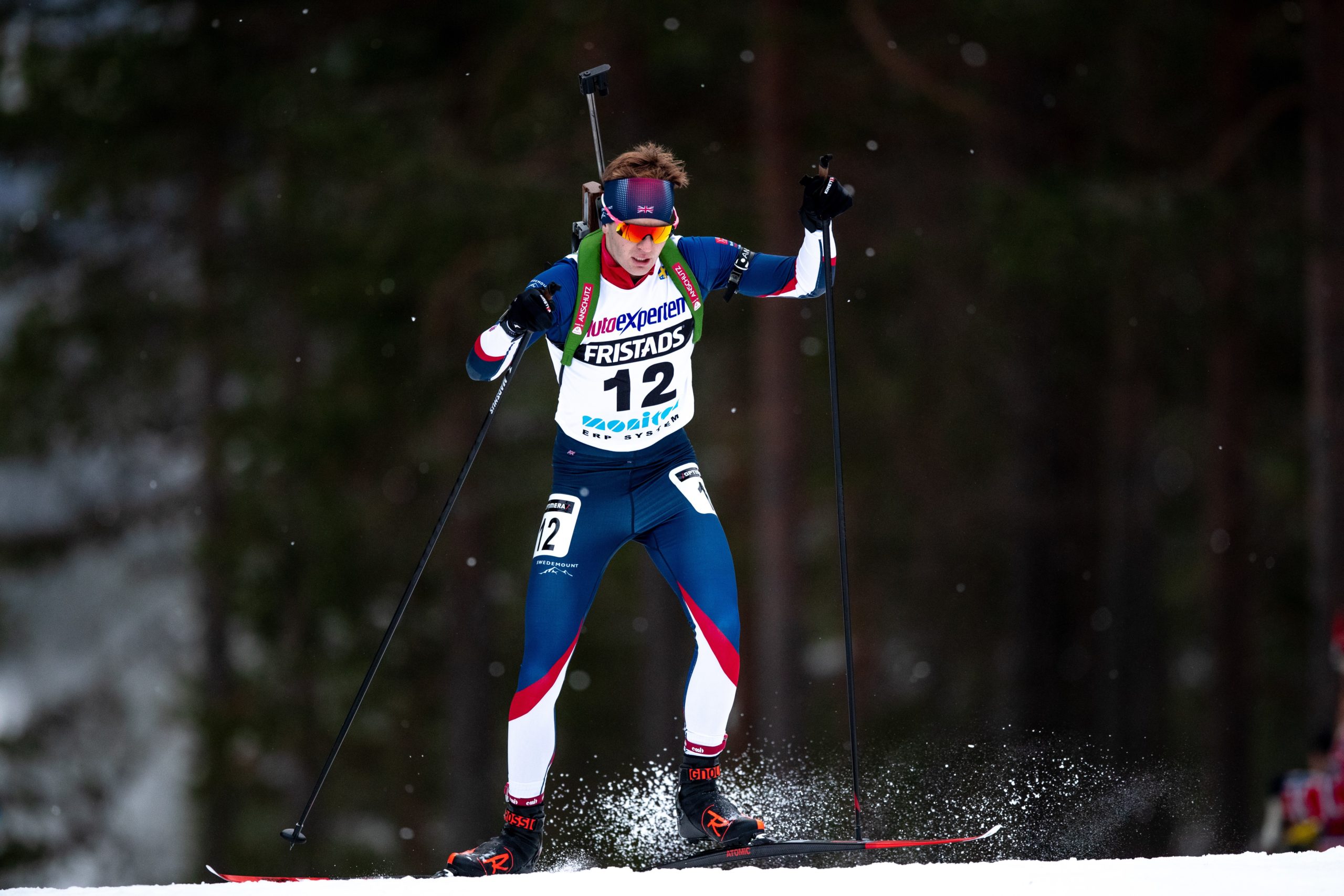 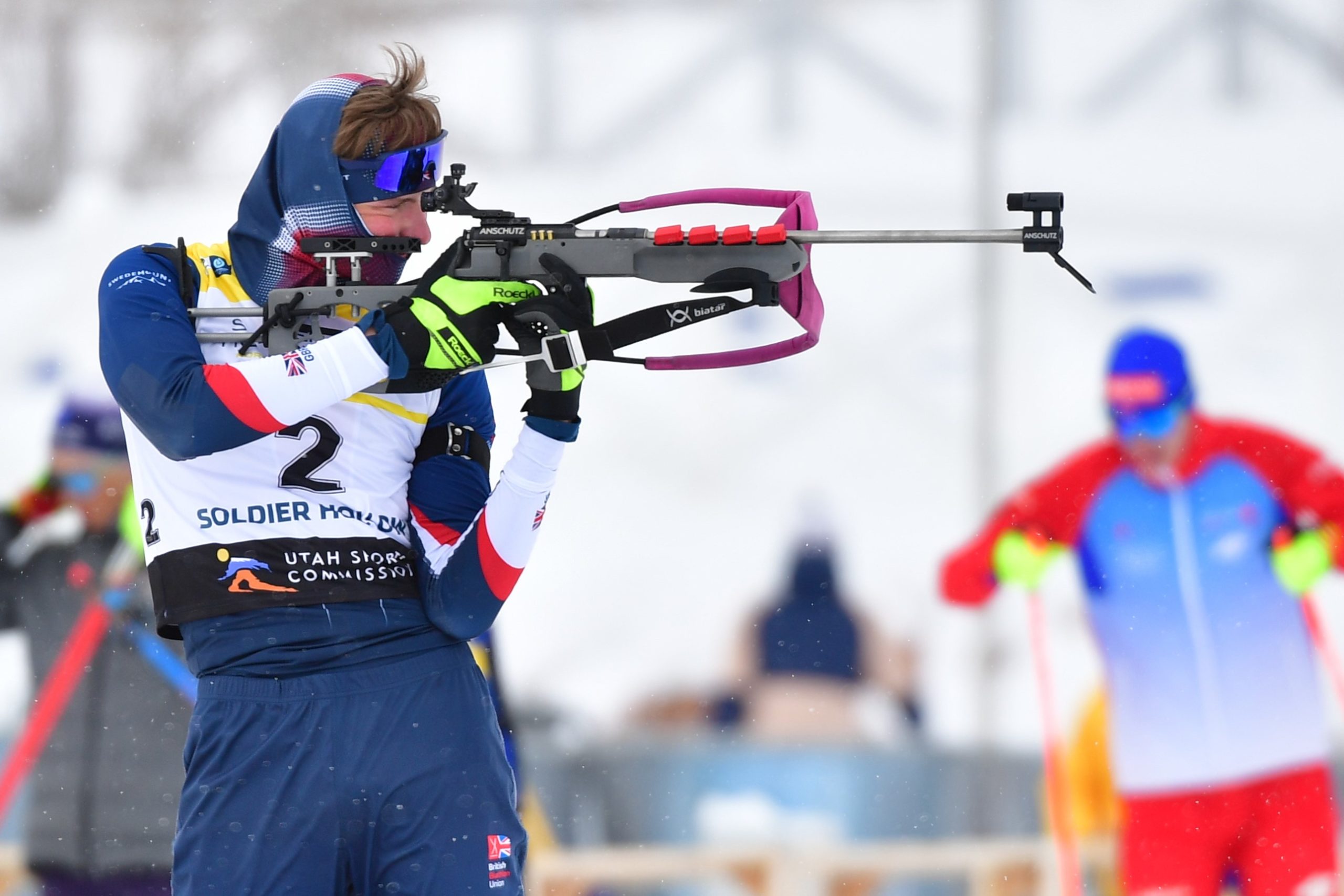 In August 2021, all the athletes were presented with a unique opportunity to compete at the Summer Biathlon World Championships in Nove Mesto Na Morave, Czech Republic. These were the first international races for Bdr Mitchell and Lt Webb who threw themselves at the opportunity and gained that vital experience of racing at the top level before starting the season.

The winter season commenced in Sweden where Sgt Lightfoot attended races at the World Cup level, Lt Webb, Bdr Fountain and LBdr Mitchell at the IBU Cup level and Pte Sprake on the Junior circuit. There was regular travel across Europe and even to Canada and the U.S.A where Pte Sprake competed at the Junior and Youth World Championships in Soldier Hollow.

We say goodbye to Sgt Lightfoot and Bdr Fountain who have hung up their GB Team race suits for the final time, however we are pretty confident in saying we will see them again at the Army championships in 2023 racing for their Regimental teams! 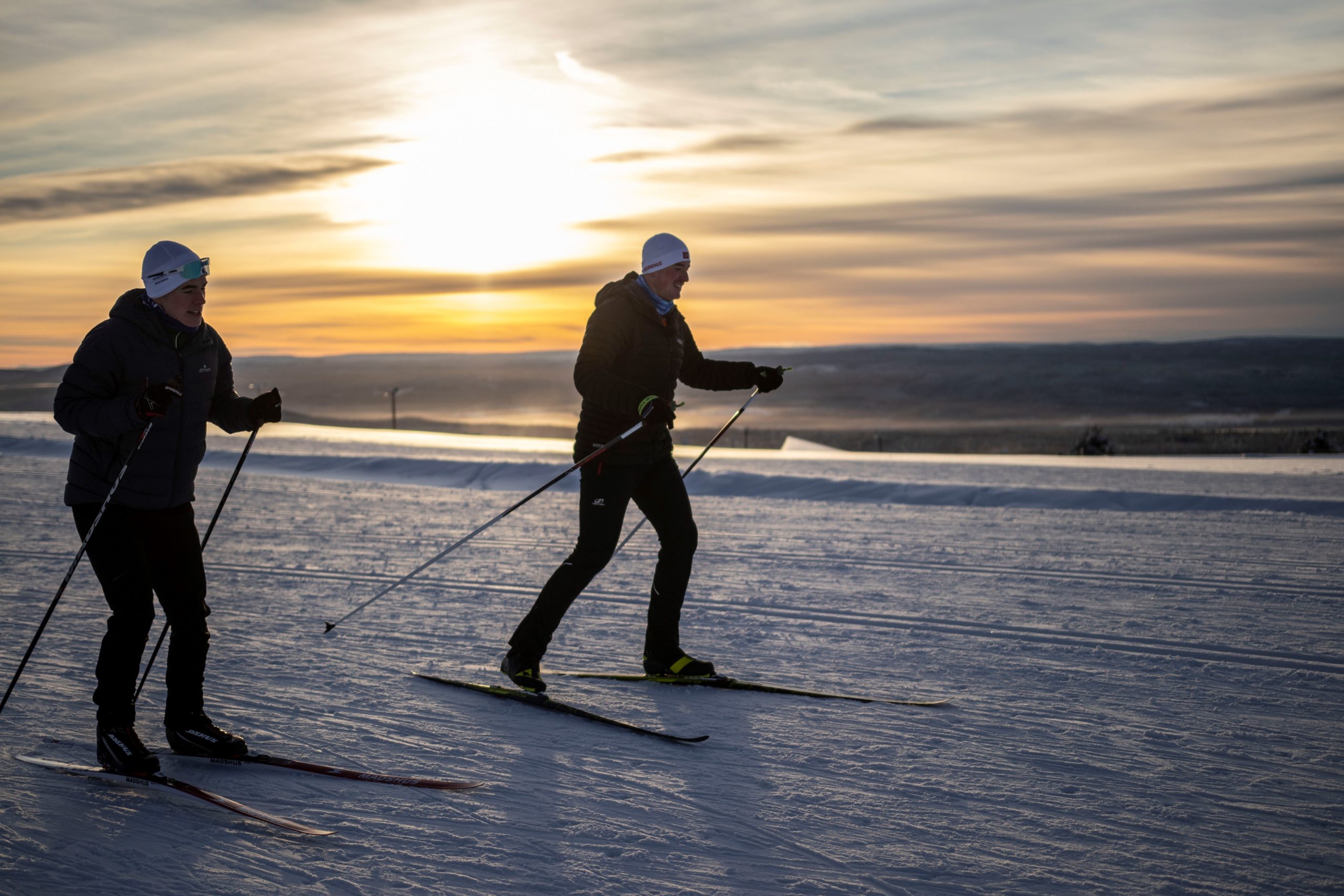