“Obviously, you always want to win, but you want to win by skiing a race that you’re proud of, and you feel like you really challenged yourself and left it all out there.”        Bode Miller

Following the cancellation of two of the three single Service Alpine Championships, the viability of the 2022 Inter-Service Alpine Championships was for some time in considerable doubt. Thankfully after holding our nerve, the Covid situation across Europe improved and the Championship was given the green light. With the disruption to the normal racing and preparation schedule it was always going to be a huge challenge to pull off a full set of races. To achieve this several changes were introduced to ensure that we could race in a meaningful, competitive manner, whilst mitigating against the reduced training and competitive schedule our athletes had undergone during the season. Following careful consultation and consideration it was agreed that Downhill was achievable.  By lowering the start (as we do some years during bad weather) we were able to lower the risk to an acceptable level. After a study of the weather conditions and some de-confliction with Telemark (who share the race piste) we had a race programme and the competition, against all the odds, was on.

Winning a ski race a race can come down to a hundredth of a second, the difference between elation on the podium and the despair of 4th place often rests on the finest of margins. One must consider this when observing the concept of team racing (unique to the British Military) which prioritises a team result above that of an individual. This brings out the best in our people, whether this is in the form of additional pressure to not let down the team, to bank that result; or perhaps an athlete is told to ski within that extra margin of safety forfeiting individual glory for their team. It is this selflessness and ability to deliver under pressure, combined with the moral and physical courage required that make the Inter Service Championships the spectacle that it is. 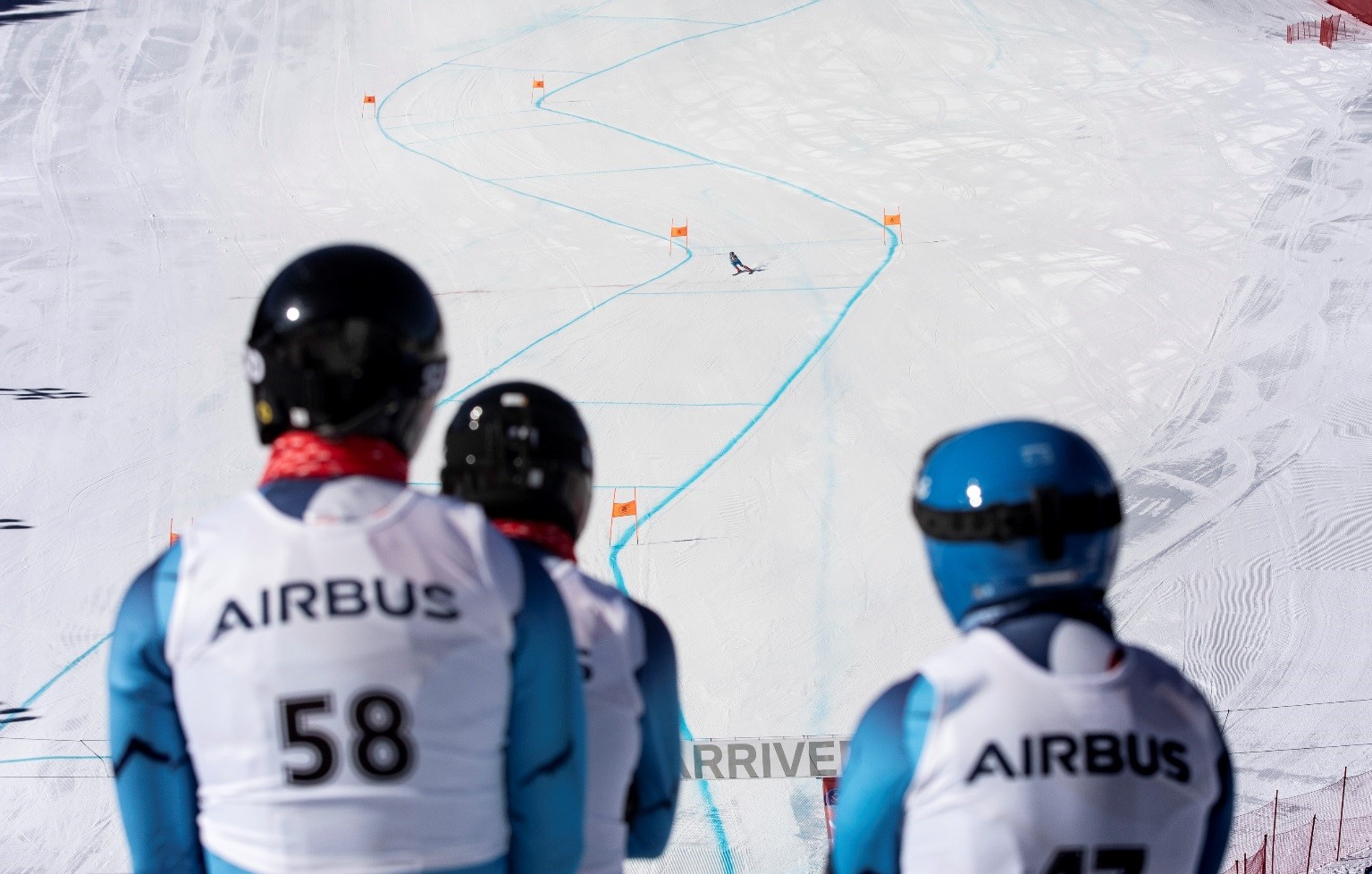 It remains a huge privilege for racers selected to compete at the highest level of their respective Services to be able to race on facilities that are literally World Class. This year, as ever, the racing would take place on the Roc de Fer, famous as the venue for the 92 Olympic Downhill. First up was the Downhill and even with the small reduction in start height tit remained the longest and most technical Downhill on the Winter Sports Calendar. With Racers reaching speeds in excess of 75 miles per hour the mental preparation for this challenge is equally important as the physical which involved the usual mandatory practice runs. Despite some of our athletes not having raced a Downhill for over 2 years they were not found wanting. The pace, commitment and competitive spirit on display was as fierce as any of the Committee had witnessed. 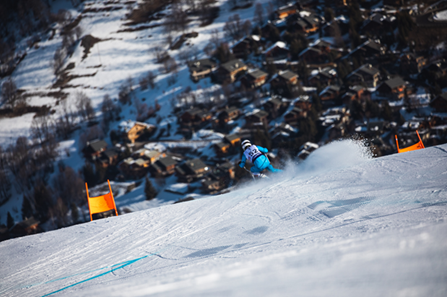 The day of the Blue Ribband Downhill race gave us perfect racing conditions and it was to be the Army (so often the speed specialists) that capitalised. A clean sweep saw the Army winning both the Men and Ladies team competition, the coveted DH Champion mantles went to Spr Duncan Kuwall and Maj Jen Kehoe. First blood had been drawn; how would the other Services respond?

Next up was the Super G and in the Ladies competition the RAF struck back winning the team event with Cpl Rachael Hughes, their captain, leading by example and winning the individual event, the Ladies competition was alive with all to play for at the halfway mark. In the Men’s competition it was a different story, Spr Duncan Kuwall again led the charge and ably supported by his team mates, the Army again secured the team and individual honours with the RAF falling further behind. For the Senior Service the race was a disaster, two of the four “did not Finish” which saw them disqualified from the team competition and out of the running for the overall event. This is the original cardinal sin at ISSSC and a chastened Royal Navy team had much to ponder that evening, the Men’s competition was now a two horse race, advantage Army.

So on to the Slalom, the most technical of all our events, a tantalising smorgasbord of tight twists and turns, straddles and verticalles, ecstasy and despair. For the RAF Ladies this has often been their best event, could they open a gap today? As for the Men, could the rampaging Army team be reigned in, or would they stretch their lead out of sight? What next for the Royal Navy Men after their calamitous Super G? We were not to be disappointed…

In the Ladies event the RAF team were down to only four starters, this pressure told and a huge error saw them down to three remaining ladies for the second run, they could afford no mistakes. Led by their captain Cpl Rachael Hughes they made none, winning the team and individual. To the Men, the Army, high on confidence and swagger put down the early markers and the RAF found no reply. However, something remarkable was occurring with the Royal Navy, desperate to make amends. Whilst wiser heads might have counselled caution the Royal Navy Men in the finest traditions of their Service, launched at the Slalom with fearless abandon. Fortune favours the bold and this was the case today. Scenes of wild jubilation from the Royal Navy as they swept home the Team and individual honours (AB Graeme Price). The Army pipped to the line left shell shocked, the RAF far behind. 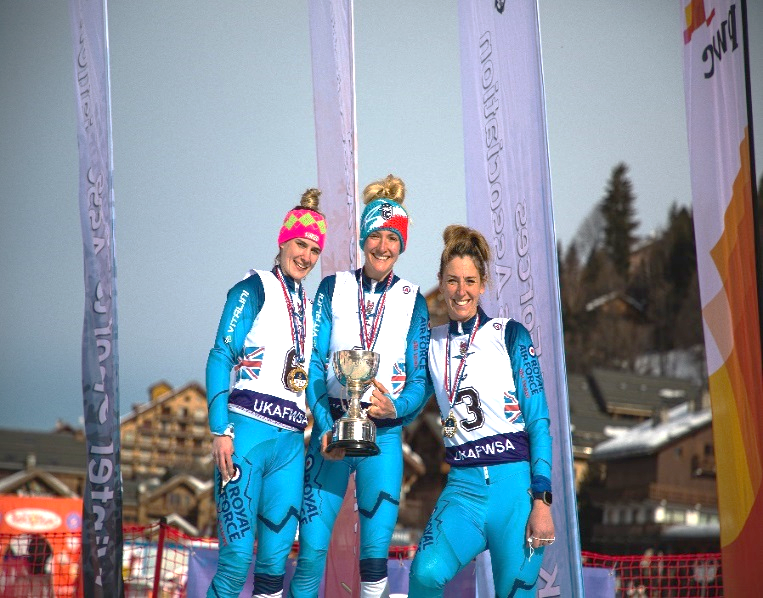 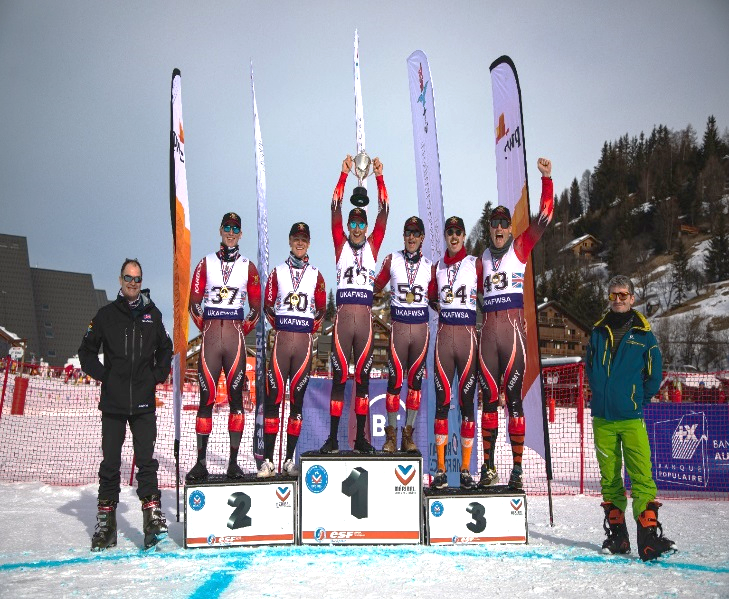 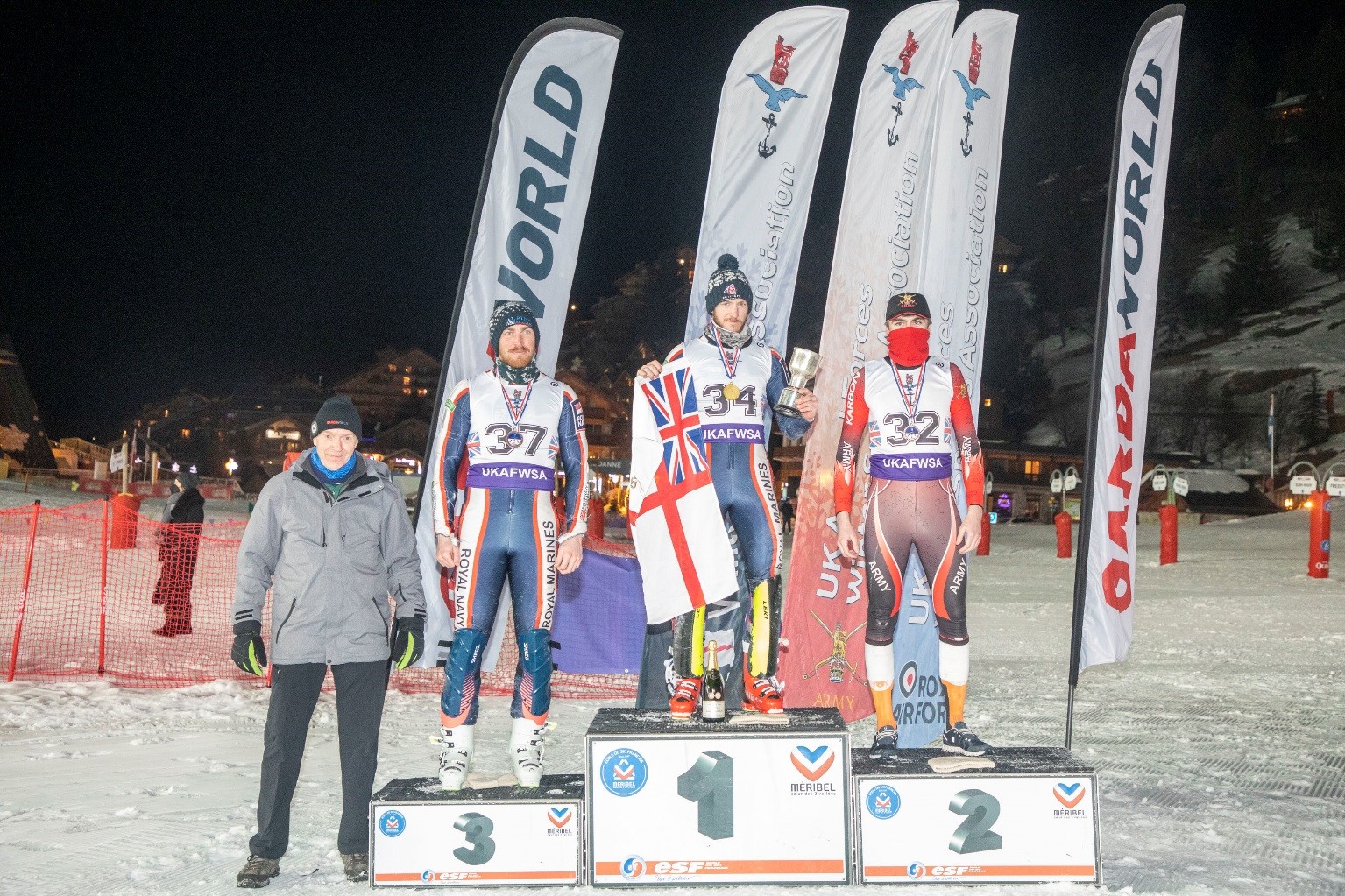 As the final day dawned the Ladies competition would all be decided on the last race with the RAF and the Army neck and neck. In the Men’s competition the Army just had to get their racers down and the overall competition was all but secured. Would we see an upset? Would the Army Men buckle under the pressure? Would the Royal Navy Men double down and win the Giant Slalom, leaving us wondering what could have been? Perhaps the Royal Navy Ladies and RAF men (quiet so far) would go out with a bang?

After all the excitement of the Slalom, it was very much back to business as usual. The RAF Ladies made no mistakes and set the pace, the Army and Royal Navy had no reply, a hat trick of victories for the RAF team and Cpl Rachael Hughes. In the Men’s competition AB Graeme Price yet again flew for the Royal Navy winning the individual, however, he was lonely at the top with his team mates far behind. The Army had a point to make, they methodically crushed the competition placing all their nine racers in the top ten, a brutal statement of depth and talent. 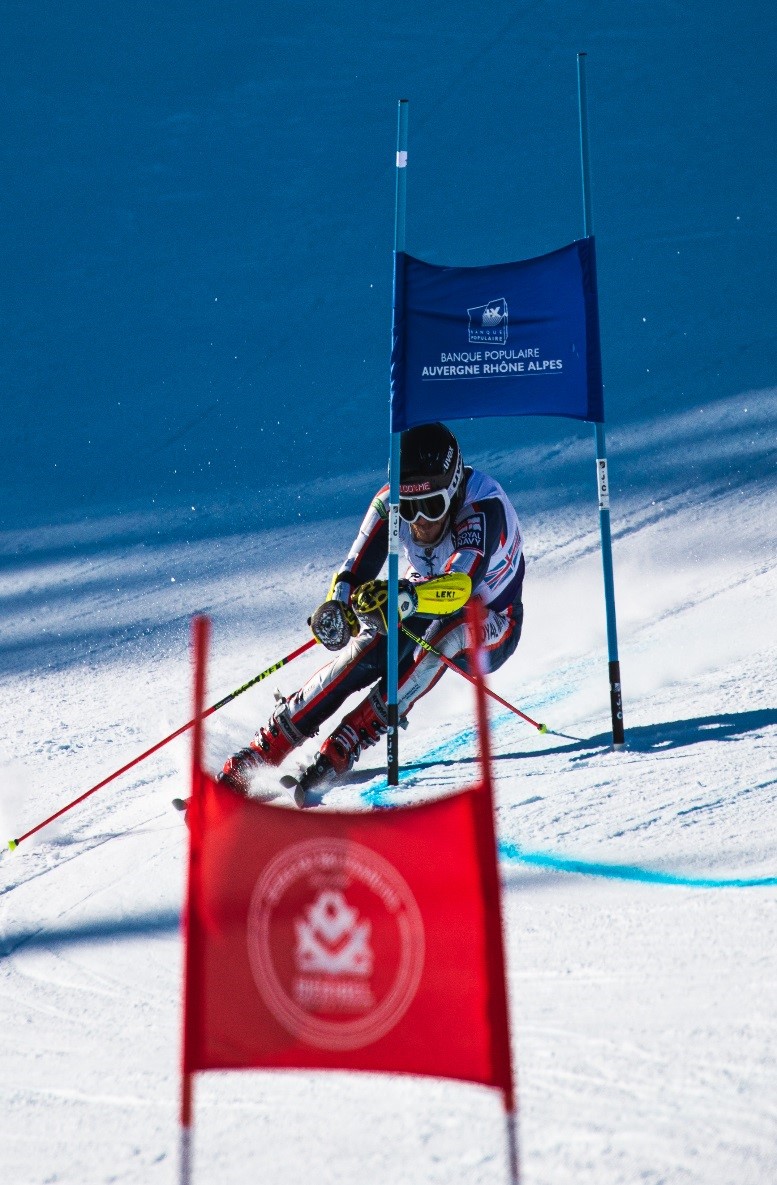 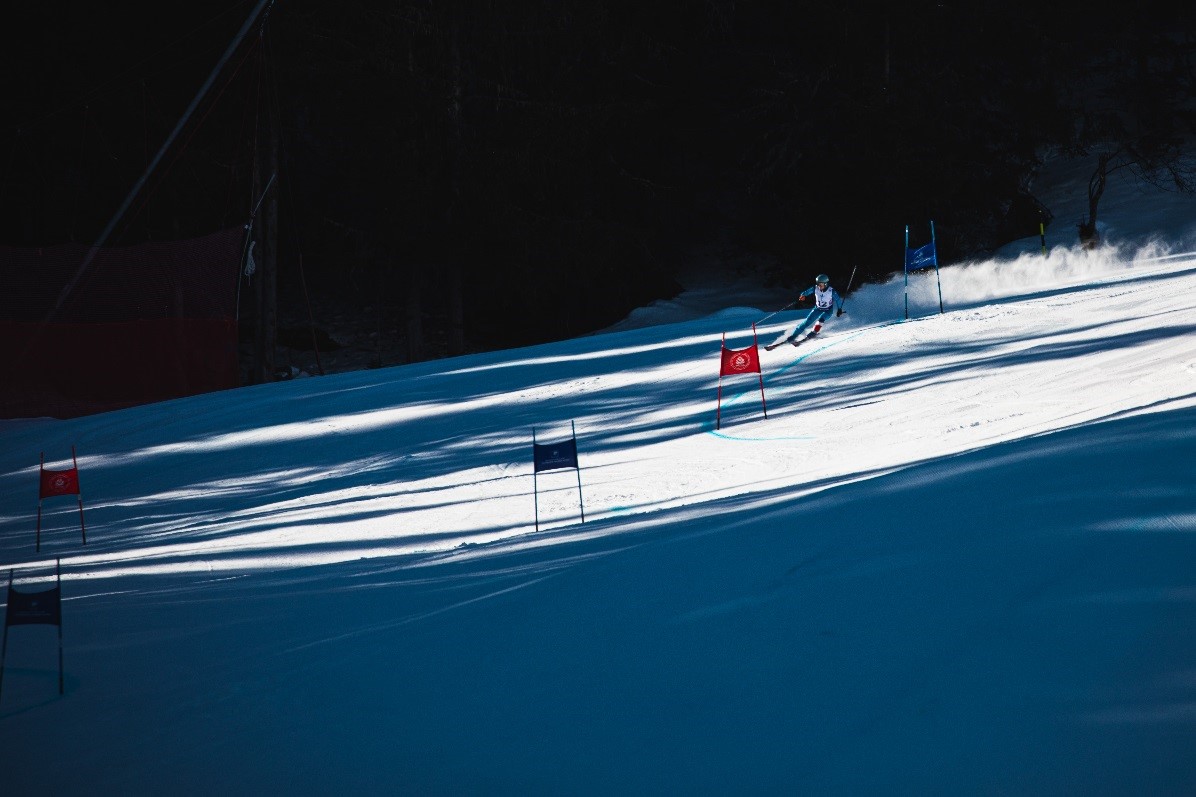 So, we had our winners, in the overall competition the Army Men and RAF Ladies shared the honours. This was mirrored in the individual competition with Spr Duncan Kuwall (Army) and Cpl Rachael Hughes RAF as our combined Individual Champions. Finally a mention in dispatches for Capt Tom Windsor-Clive (Army) and Capt Emily Wilson (Army) who were crowned best Newcomers. 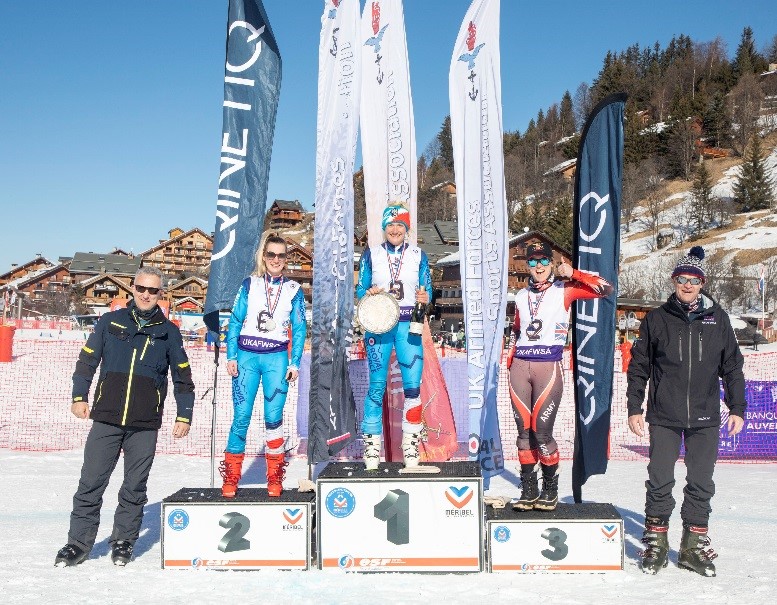 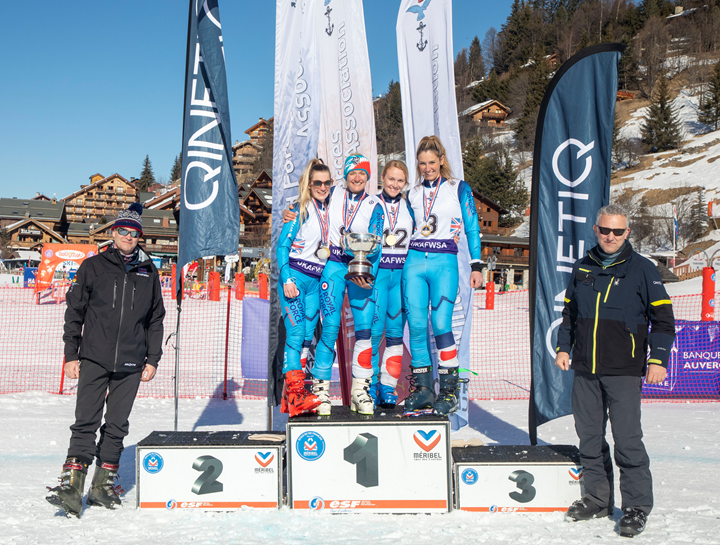 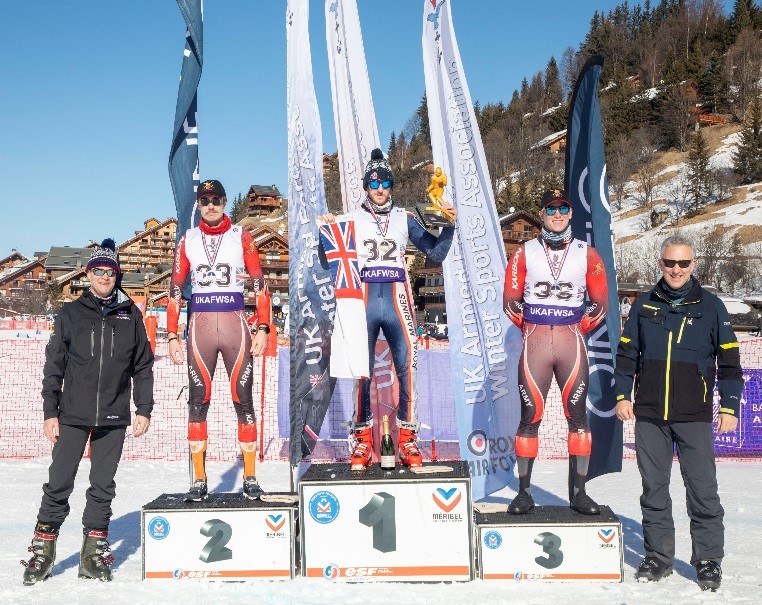 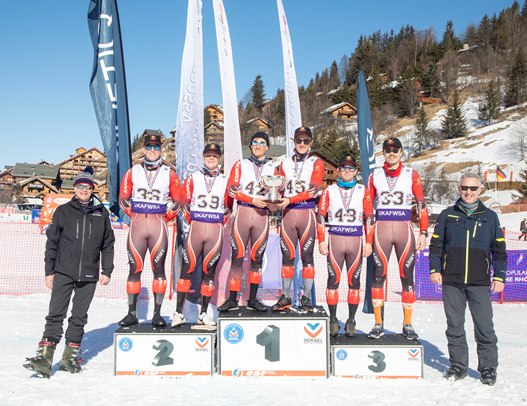 Another Championship ended, one unlike any other, a delightful, mesmerising, socially distanced spectacular, what a great event this is. Most importantly each Service tasted victory, much to celebrate, much to rue, much to look forward to in 23 – see you then.